The Facts Behind the Syrian Refugee Crisis

Over the last nine years of conflict in Syria, millions of innocent Syrian families have seen their homes, lives and world torn apart through no fault of their own. Their communities, their towns, cities and country have been destroyed as a result of the escalating civil war. Such prolonged conflict, with no real end in sight – military action is reported to have increased over the last few months – means that the Syrian refugee crisis is only likely to get worse. 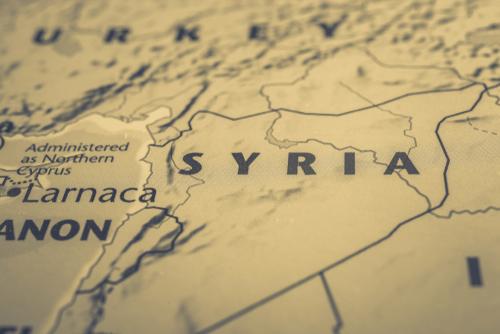 This is the biggest humanitarian crisis of our time and the facts that surround the Syrian refugee crisis continue to alarm and horrify the world.

The struggle to survive is very real for millions of Syrians. Of those that have managed to escape the conflict, millions have been displaced and torn from their loved ones to end up without a home or any kind of stability, and millions more have fled to neighbouring countries in the hope of a better life, only to be placed in refugee camps due to the sheer volume of people needing aid. Living conditions in these camps are crowded and cramped, and dwindling resources have left over 13 million people vulnerable and susceptible to malnourishment, disease and even death.

Having lost families, homes, worldly possessions, livelihoods, access to education and essential healthcare, as well as crucial infrastructures for utilities and water destroyed, the country of Syria today is a very different place to the one it was before war broke out in 2011. UK Islamic Mission are on the ground in Lebanon and Turkey providing emergency aid and support to as many Syrian refugees as we possibly can. Food packs, survival kits and essential clothing and medical supplies are being distributed to those in need, but we need your help.

Donate to our Syrian Refugee crisis appeal today and help us make a difference.

Before the Conflict Began

Looking at images of a country torn apart like Syria has been, it is difficult to imagine that it was once a fast-growing, modern society with a vast cultural history. Much like in many western countries, healthcare and education were free and life for Syrians was happy, secure and stable. Children could go to school and spend their time playing with their friends, families had jobs, food, hopes and dreams for the future.

In 2010, Syria relied on agriculture, tourism, oil supplies and industry as the heart of their economic stability and growth. However, just a year later life in Syria would change forever. Planned peaceful protests as part of the Arab Spring were met with a strong response from the Syrian security forces. As a result, internal conflict ensued and despite varying sanctions from around the world, the violence only escalated.

Homes have been destroyed, schools, hospitals and historic landmarks reduced to rubble. Where once families and communities came together is now a war-torn country that is marred by the devastation of bombs, shellings and untold violence.

Fast forward to today, almost 10 years after conflict first began and the country is in turmoil with adverse weather conditions only making things worse. Severe winter weather including snow, near-freezing temperatures, rain and wind has led to flooding that is causing further damage to those living in tents and settlements.

There are areas of Syria that have been able to regain some stability and are attempting the process of recovery after many years of conflict. It is believed that thousands of Syrians that fled to nearby countries have returned to try and rebuild their lives, but it is not an easy journey and there are still millions of Syrians without a place to call home.

Despite these small areas that are relatively stable, instability in other parts of the country means that there are still many more Syrians being forced to leave their homes. When it comes to the Syrian refugee crisis, the statistics and facts speak for themselves.

Why is the conflict happening?

Conflict began after planned protests were met with force from the government, and then opposition groups began to fight back. The situation was quick to escalate, with civilians being recruited in order to strike back. The violence continued and over the course of the next few years, the tens of thousands of Syrians that were forced to flee has turned into millions.

Why are Syrians leaving their homes?

Syria has been fraught with violence and conflict for almost a decade. Years of bombing has damaged communities, leaving behind a poor infrastructure and uninhabitable towns and cities.

International sanctions and damage from the violence have left the country in urgent need of everyday essentials, such as food, water and medical supplies. Damaged infrastructure means access to clean water and sanitation is not widely available. Staying in Syria is simply too dangerous for the majority of people – many flee to survive, knowing that hundreds of thousands of innocent people have already been killed.

Where are the Syrian refugees going?

Millions of Syrians are internally displaced, living in informal settlements or even occupying abandoned buildings and homes. For many of these people, the likelihood of being displaced more than once is common.

Many millions more have sought refuge around the world. Nearby Lebanon and Jordan have rehomed over 1.5 million refugees; Iraq has taken in 250,000 and Egypt has more than 130,000 Syrians seeking refuge. Turkey has seen the biggest influx, with over 3.5 million looking for safety.

Many more have fled further afield into Europe and even the Americas.

How are Syrians escaping?

Witnessing untold violence and death, many Syrians are fleeing their homes without taking a sole possession with them. These individuals arrive at their destination by foot, others search for asylum further afield, travelling by boat and road, risking their lives in the process without knowing where their next meal is coming from, let alone what they will do when they arrive at their destination.

Where do Syrian refugees live?

While many people believe that Syrian refugees are all based in makeshift camps and tented settlements around the world, the truth is that less than 10% end up in situations like this. It is believed that the majority are living in urban communities or even in informal camps in rural areas or disused buildings.

There are a few camps in Jordan that have taken on city like size, with over 80,000 Syrian refugees living in Zaatari since 2012. There are makeshift streets, and villages with schools and even playing fields for children, to give some semblance of normalcy.

For those that have family or friends in neighbouring countries or around the world, staying with them is not always an option due to lack of space or money to support them on a long-term basis.

How does this affect Syrian children and families?

The majority of Syrian children have to leave behind their childhood when their families are forced to flee. While some make it to other countries in urban settings where they can be enrolled in schools to receive an ongoing education, there are millions of Syrian child refugees who end up in camps or settlements and are unable to receive any education at all.

In some of the biggest refugee settlements there are schools, however, the sheer number of children living there means there isn’t always room for them all.

Outside of education, there is little scope for the majority of Syrian children to find time to be children – playing and enjoying a normal life. Beyond this, a huge number end up having to look for work and take care of their families, taking on a lot of responsibility from a young age. Some are forced into working in dangerous situations and often for very little in return. Child marriage and abuse is common, largely due to unfamiliar and overcrowded living conditions and a lack of support.

In addition, Syrian refugees are at an increased risk of disease and malnutrition due to lack of food and clean water. With medical supplies and health check-ups scarce, the likelihood of catching illnesses and disease is heightened.

What are Syrian Refugees most in need of?

For those displaced internally and those who have fled to other countries, the needs of Syrian refugees are largely the same. Access to clean water and sanitation, shelter, weather-appropriate clothing and food, along with medical supplies are all everyday essentials to survive. Education and emotional support are also important to help Syrian families rebuild their lives and escape the cycle of poverty they have found themselves in through no fault of their own.

How can I help the Syrian Refugee Crisis?

There are many ways that you can help support the ongoing Syrian refugee crisis with UK Islamic Mission. We run a Refugee Care Programme in both Lebanon and Turkey, offering much-needed aid and emergency support. We are on the ground providing essential food packs, survival packs and temporary accommodation to those that need it most. Food, clean water, blankets, hygiene kits and essential supplies are in demand, and we need your donations to continue helping make a difference.

We welcome contributions to help Syrian refugees, and also run a sponsorship programme that supports a family for a year.