Why do charities most often ask for donations during winter

For those living in poverty, or displaced as a result of natural disaster, or conflict, winter is probably one of the most challenging and difficult times. The cold, wet months are not only miserable for those with no fixed abode, or who have lost their homes and their livelihoods – they can be dangerous, lowering immunity levels and making them vulnerable to illness and disease. 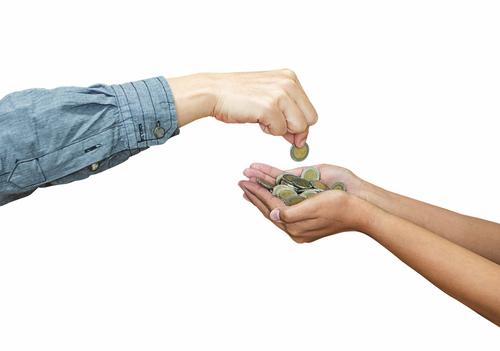 The generosity of those who give to charity as a result of specific appeals, such as the Bangladeshi floods can make a significant difference in the immediate aftermath. While dozens of people lost their lives as a result of heavy rains bursting their banks and cutting people off from vital infrastructures, millions have lost their homes, and their livelihoods.

Why you should continue to give to charity

When you picture those millions of displaced people – many of whom are children – you can better understand why you should give to charity, and the effect your donations would have on helping these people get even the most basic of help and support.

As winter sets in, the reasons why you should give to charity increase exponentially – particularly when you consider that as the months pass since the initial disaster, the immediate shock eases, and life returns to a ‘new normal’, for those who donate other events jostle for attention. Yet for those left still reeling from the impact of the disaster, their struggles are only going to get worse.

In many regions which experience poverty and deprivation, recovering from significant natural disasters can take years. The immediate aftermath simply ensures that there is access to fresh water, food and medical help, and the systems in place to achieve this are rapid and effective. However, the real hard work takes place in the months and years following the disaster, with communities and aid agencies struggling to rebuild vital infrastructures and services.

From replacing power lines, water sources and communications networks, to rebuilding schools, government buildings and people’s homes – these are all reasons why it is vital to continue to give to charity months and years after disasters occur.

Risk of hunger and deprivation

Often the roads that connect communities and move food and supplies between the different towns become water logged and impassable as a result of the flooding. Getting these roads functioning again takes time, money and coordination, meaning that many communities get cut off during the winter months. This inevitably puts pressure on food supply levels that can reach isolated communities, leading to hunger and deprivation.

In many developing nations, the winters, though shorter, are as cold, wet and bitingly hard as the summers are hot, dry and parched. These extremes of weather cause an imbalance in terms of finding a rhythm and routine of life which is necessary for a thriving economy.

For many, winter is a time of deprivation due to lack of available work. In rural locations, work may be found on the farms, and selling produce in nearby towns. But come the winter that work dries up and there is a waiting game until the next season. When that country is them also going through times of crisis causes by conflict or natural disaster, even the most meagre of incomes disappears, and families are left with no means of feeding, or living.

Temperatures in many countries can drop to single figures, and as cold fronts scuttle across the earth, these temperatures can drop yet further to below freezing. Displaced families who may have previously been able to hunker down in their homes during the winter months, no longer have those homes. Often they find themselves placed in refugee camps living in makeshift tents, with inadequate clothing and supplies and sanitation to protect them during the colder months.

The cold is difficult enough to deal with. Combine that with wet weather affecting temporary camps with poor drainage and mud roads which become a quagmire very quickly, and you have many hundreds of thousands who are at risk of infection and disease. In these conditions, a simple cough can soon develop into a serious lung infection, at best compromising the individual’s long term immunity, and at worst putting them at risk of death.

Are wealthier nations more generous in the winter?

There is evidence that suggests that charitable donations in wealthier, developed nations, increase during the winter time. Whether because of the ‘season of goodwill’, or because it is a time during which people in general focus on other people, and understand how fortunate they are, could contribute to this.

Whatever the reason, choosing to give to a charity on a regular basis is crucial to the wellbeing of millions of displaced people throughout the world. Knowing that as winter sets in and those struggles are exacerbated, every pound donated is going to significantly help vulnerable families survive the worst months and work on rebuilding their lives for their own long term wellbeing.