What Makes Up One of Our Family Food Packs? 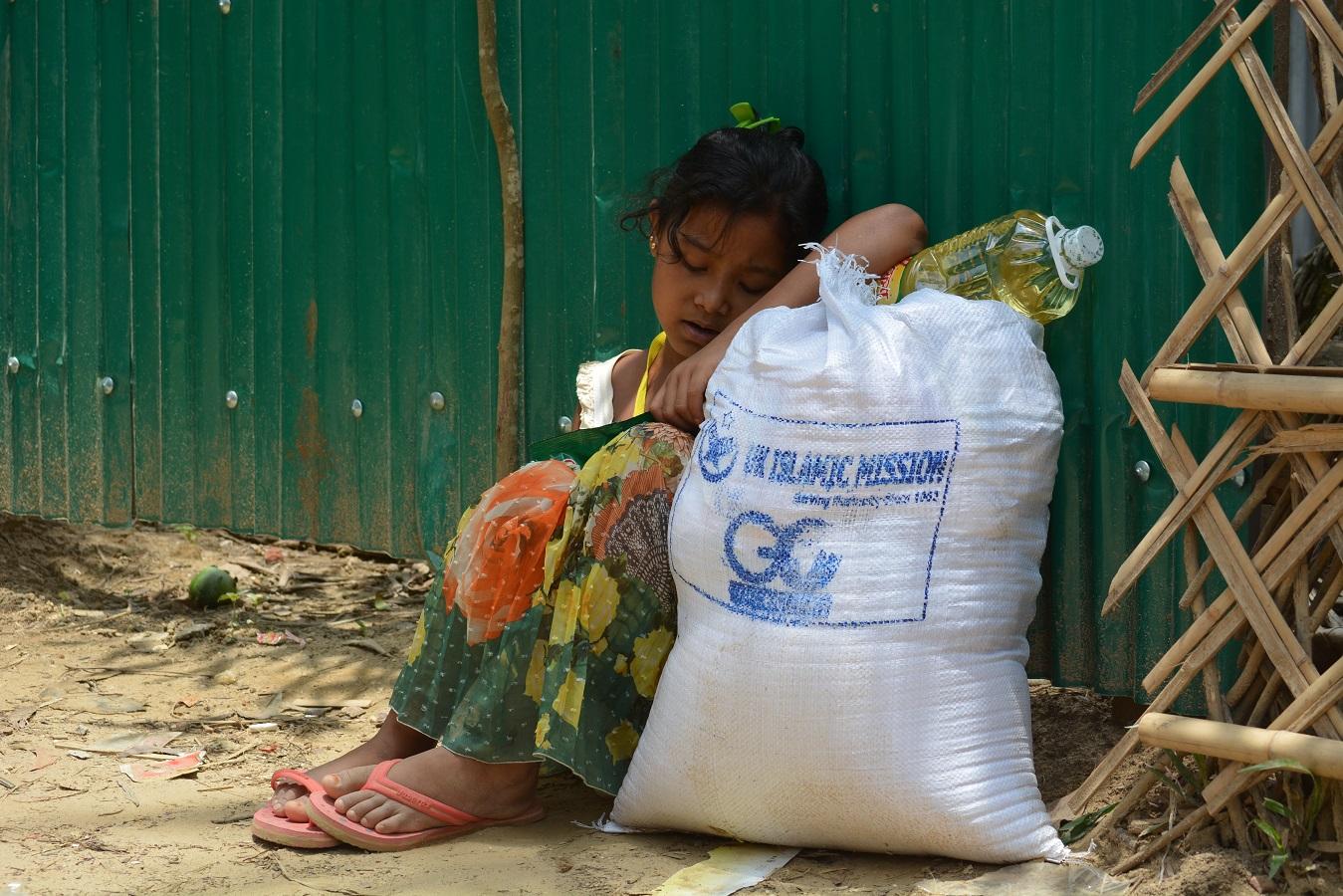 Across many of our appeals, we ask you to give UK Islamic Mission your kind donation to help fund a family food pack, each of which will provide a family with the nutrition they need for a month. These food packs are often the only source of food that a family living in a poverty-stricken community will have access to.

In order to last a month, any ingredients included must have a good shelf life, otherwise, there is a risk of a family, including young children, going hungry until they receive another food parcel. While these packs may not exactly be what you would expect to find in a Michelin-starred restaurant, what they do provide is the hope of survival and a secure future.

Below is a synopsis of what is included in a standard UK Islamic Mission food pack:

Flour is a base ingredient for many dishes and is a valuable commodity in any kitchen, providing the structure of most baked goods. This allows families in even the hardest-hit areas to bake staple foods, such as bread, that help to provide a nutritious meal which is otherwise hard to come by.

The value of rice for families living on the breadline cannot be understated. We all know rice to be one of the most flexible ingredients that can go with almost any meal. In fact, rice is the most important food crop in the world as it feeds more people than any other crop. Rice is a fantastic source of carbohydrates (anywhere between 60% and 70%) and is pure starch, which immediately turns into glucose when it reacts with enzymes in the stomach, making for a fantastic source of energy.

Important for frying any of the ingredients included in our food pack such as rice and is a major source of ‘essential fatty acids’ such as PUFAs (Polyunsaturated Fatty Acids).

Gram flour, sometimes referred to as chickpea flour, is a type of flour made from grounded chickpeas. Gram flour is commonly used to make flatbread as well as coating vegetables for pakoras. Gram flour is high in protein and naturally gluten-free.

Low in calories, rich in iron and a great source of protein, studies show that lentils help to reduce the risk of heart disease due to polyphenols. Lentils can be cooked in just five minutes, making for quick and easy meals.

As already mentioned here, chickpeas can be ground down to make gram flour. Another ingredient that is packed with protein, chickpeas are a popular addition in Asian cuisine and are used as part of many recipes. The protein and fibre in chickpeas can act as an appetite suppressant which can help to keep families feeling fuller for longer.

Our food packs include a variety of spices to add flavour to the other ingredients which might taste a little bit bland if left unseasoned. Particularly in the Middle East and Asia, spices are widely used as part of many recipes. Studies also show that cultures who eat higher amounts of spice tend to have lower rates of heart disease.

Salt has two main functions – to add flavour and enhance the taste of food, as well as acting as a preservative. This allows families to store cooked or baked goods for longer which, when living in such extreme conditions, is invaluable.

Sugar, much like salt, is primarily used to enhance the taste of food by sweetening it. However, sugar can also use be used as a texture modifier, fermentation substrate and, perhaps most crucially in this case, a bulking agent.

As any Muslim will know, dates make up an important part of the diet, especially during the holy month of Ramadan when it is tradition to break the day’s fast by eating dates. As a dried fruit, dates have a much longer shelf life than most others, making them a valuable part of UK Islamic Mission’s food pack for families. Rich in protein, vitamins and iron, dates can also improve bone health due to the presence of selenium, manganese, copper and magnesium. In addition to these numerous advantages, dates are also invaluable for pregnant mother who require folate, iron, calcium and potassium to ensure a healthy pregnancy; nutrients which can be found in this dried fruit.

Milk is an important ingredient for most baked goods, as well as for other recipes and as a drink. Naturally, cartons of milk that you would store in the fridge are not viable as part of a monthly food pack for families unlikely to own a fridge, which is why we include powdered milk. Compared to a window of 5-7 days before an opened carton of milk begins to turn, dried powdered milk has a shelf life of around 18 months.

The Work We Do

The work that UK Islamic Mission does to provide these food packs for families living in poverty simply would not be possible without your kind donations. Each food pack costs £50 and will feed an average family for a month, which may be their only source of nutrition. Without our support, families go hungry and are suffering from starvation, especially those who have lost the main breadwinner and source of income due to ill health or because of conflict in the area.

There is always more that we can do, and we will not rest until every man, woman and child is safe. Until that time, we urgently ask you to support our appeals to help us continue to make a difference around the world.