Where Do Your Winter Packages Go? 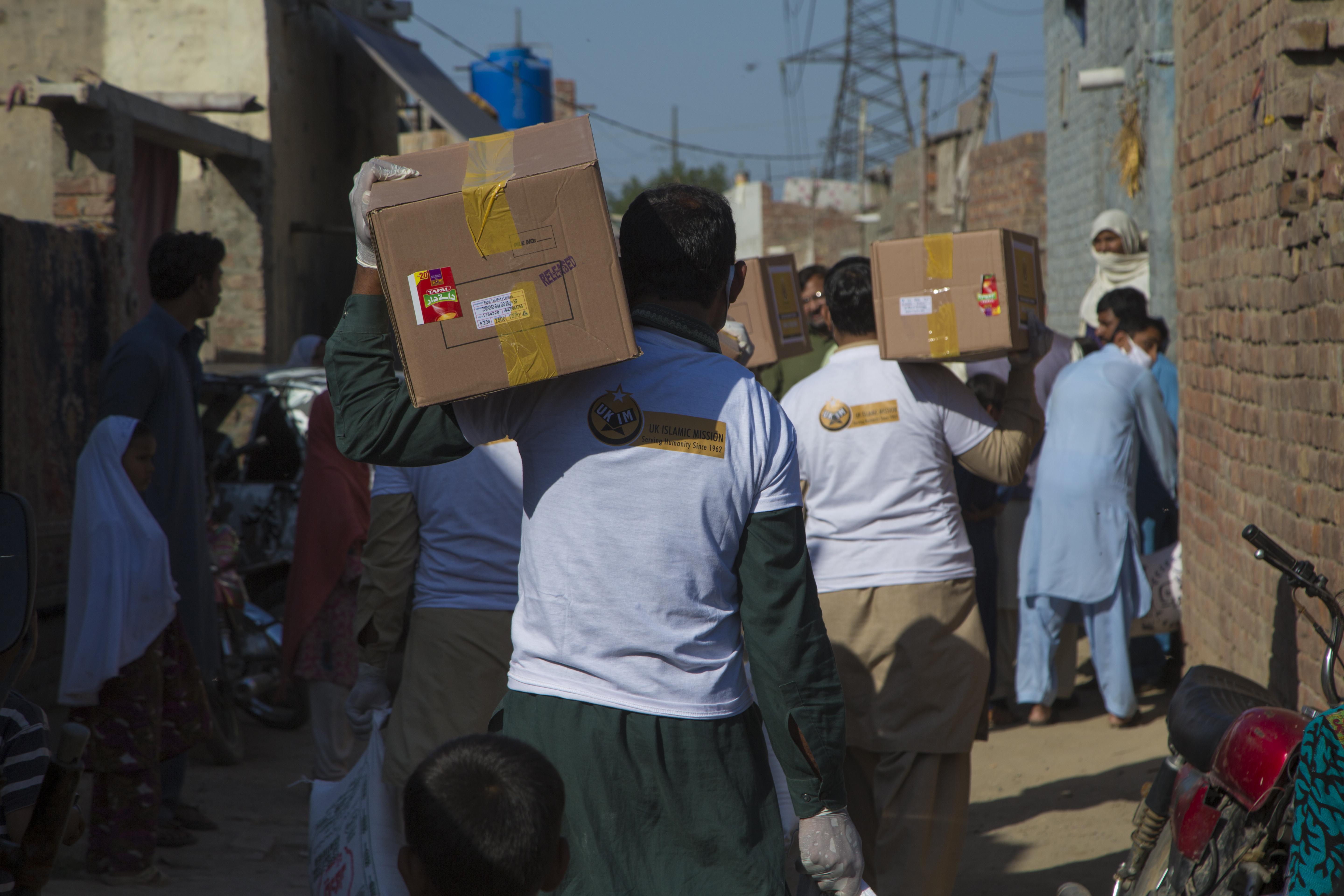 Winter is one of the most important times of the year for fundraising and giving aid. Multiple countries around the world rely on international aid to keep afloat during the colder months. For the countries we work with, we see the risks of winter firsthand and what happens when vulnerable people don’t receive the help they need. That’s why we focus a huge amount of our effort into our winter appeal.

Using donations from our kind sponsors, we put together life-saving winter packs that can be used to save a life, and we distribute them across multiple countries.

What’s in a Winter Pack?

Here at UKIM, we distribute a number of different winter packs through our winter emergency appeal. This means no matter how much or how little you’re able to donate, you’ll be able to make a difference to a vulnerable person this winter. Here are some of the items we put in winter packs:

When you donate £30, we can give one child a comprehensive winter warmth pack including gloves, shoes, and appropriate winter clothing.

When you donate £50, we can provide 50 people with a hot, nutritious meal.

When you donate £100, we can give one whole family a comprehensive winter warmth pack including thermal blankets, shoes, appropriate winter clothing, a mattress, and a hygiene kit to protect against illness and disease.

When you donate £150, we can give one whole family a comprehensive winter warmth pack as listed above, as well as a food pack that will last one month.

When you donate £200, we can give one whole family a complete winter survival pack including warm blankets, sleeping bags, a food pack, an electric or gas heater, and appropriate fuel. 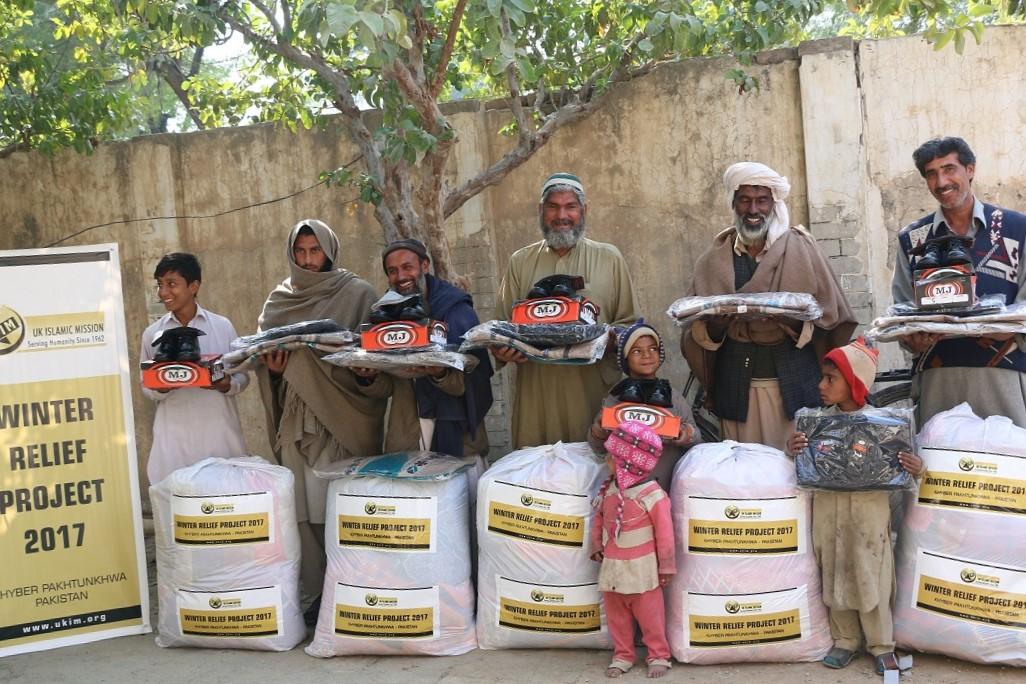 Where Do Winter Appeal Packs Go?

Now you know what’s in our packs, you might be wondering where exactly they’re distributed to. We work across a number of developing countries who face the threat of a harsh winter, ensuring we give aid to the most vulnerable communities who otherwise might not survive winter. Details of the countries that receive our winter packs can be found below.

India has the second largest population in the world and is one of the richest countries on the planet, but despite its immense wealth, the majority of its people live in poverty. With overcrowded slums, overrun orphanages, few job opportunities, and insufficient healthcare plaguing vast swathes of the community, winter is especially dangerous.

Diseases like the flu and Covid-19 are able to easily spread due to the close proximity people are living in, not to mention a lack of proper hygiene. Our winter packs not only ensure people in India are able to keep warm throughout the unpredictable winter, but that they can practice proper hygiene and better their chances of staying healthy, too.

The crisis in Yemen is regarded by most world leaders and aid agencies as the worst on the planet. A civil war broke out in 2014 and has yet to be resolved. Over 200,000 people have died so far in the conflict, and with no resolution in sight, it’s likely many more people will die. As the war continues, more and more people are losing their homes and having to flee with nothing but the clothes on their backs.

As the low winter temperatures begin to set in, thousands of Yemeni’s do not have the resources to fend off the cold, leaving them exposed to the deadly realities of winter as well as the war that continues to rage on. We distribute food packs from our winter appeal to Yemeni’s in need, ensuring they’re able to keep warm and nourish their bodies with hot, nutritious meals.

Pakistan is one of the countries that is worst affected by climate change, and this is abundantly clear during the winter months. Historically, winter is dry and cool in Pakistan, although northern areas can experience torrential snowfall. Weather patterns are becoming increasingly hard to predict, with there being a difference of 54.3˚c between the highest and lowest temperatures ever recorded in November. This makes it hard to know how to prepare for winter and can cause panic buying of essential resources like winter fuel, leaving thousands without anything.

Winter aid packages ensure as many people in Pakistan as possible have adequate resources to see them through the perils of winter, especially the 9% of the population who live on the streets.

Palestinians are suffering all year round due to ongoing conflict and harsh blockades that greatly restrict the importation of goods into the area. Like many other countries in the Middle East, winter brings with it a cold snap, but one that too few people have the means to fend off. The war has seen heavy damage to basic supplies, including water tanks and pipework that may be used to send gas to homes for heating.

The electricity supply is also intermittent, meaning those who have houses aren’t guaranteed free access to utilities. Unfortunately, there are even more people whose homes have been turned to rubble, forcing them to sleep in makeshift shelters made from scraps. A winter package from UKIM can ensure those affected by the conflict and blockade are able to keep warm at the very least – a small win in an active conflict zone.

Another location we work in extensively is Kashmir. More than 70 years of war have taken their toll on the area, with much of the infrastructure destroyed or damaged. Recent political changes have born further unrest in the region, with thousands of people displaces and without access to basic things like food and healthcare. Keeping nutrients up and in good health is essential to surviving winter, and that’s where our winter packs can help – especially in rural areas of Kashmir where lockdowns and curfews make it hard for people to get what they need, when they need it.

One of the most persecuted groups on the planet are the Rohingya Muslims who have been forced to flee Myanmar and take refuge in camps in Bangladesh. Almost a million Rohingya people have been forced out of their homes and into overcrowded camps where shelters are nothing more than tarpaulin and where disease runs rife. Our team consistently works in the camps, helping refugees to achieve a better standard of living by showing them that the world cares.

As winter ramps up, it’s likely countless people, including children, will lose their lives to preventable winter diseases due to a lack of healthcare in the camps. After so much suffering, these winter refugees deserve a break. That’s why we put a lot of effort into distributing our life-saving winter packs to Rohingya Muslims in Bangladesh.

As you can see, a donation to our winter appeal could help vulnerable people around the world survive winter and live to see spring. Please give what you can and make a real difference to someone’s life today.