Here at UKIM, we work extensively with Rohingya Muslims who have been forced to flee their homes and cross into Bangladesh. There are thought to be more than 1.1 million Rohingya refugees living in Bangladesh, the majority of whom are living in improvised, overcrowded camps that are increasingly incompatible with healthy human life.

As winter rolls around, the threats facing Rohingya Muslims living in the camps are only amplified, leaving them even more exposed and in need of aid assistance. Using your generous donations, we provide essential charity in Bangladesh through our Rohingya appeal, but we still need help so we can help keep these vulnerable people warm this winter.

Why is Winter Dangerous for Rohingya Refugees?

Winter in Bangladesh isn’t as cold as it is in the UK, but nightly temperatures can fall to as low as 3˚c. For most of us, we’d be putting our heating on and wrapping up in lots of warm layers to ward off the bitter temperatures, but the Rohingya Muslims don’t have this option. This, paired with poor living conditions, makes winter one of the deadliest seasons.

Cox’s Bazar bears the brunt of the Rohingya refugee crisis in Bangladesh, with more than 900,000 people living in the Kutupalong camp. It is the world’s largest refugee camp, but with just under a million residents, it’s become more of a refugee city.

With so many people and countless charity agencies working to distribute aid, you might be under the impression that life in the camp is far from bad, but this isn’t the case. Despite best efforts, there simply aren’t enough resources to go around, meaning a lot of people live in simple tents and flimsy shelters that are barely suitable for animals, let alone vulnerable human beings. To make matters worse, entire families often live in one room. Neighbours are barely an outstretched arm away, and entire communities share the same sanitation facilities.

A fire tore through the camp in March 2021, burning over 10,000 shelters. This has resulted in over 45,000 people being displaced within the camp, with 15 lives lost, over 560 injuries, and more than 400 people going missing. In what is already one of the most densely populated areas on Earth, the blaze has only increased the hardship of those in the camp. People who had already lost everything have once again lost the little they had, and with so many affected, there will undoubtedly be people left without any shelter for winter. Given that winter follows the rainy season and most of the camp is built on steep hillsides and muddy terrain, thousands enter winter without a home because it has been washed away by the natural weather pattern of Bangladesh.

Those who do have a tent or improvised housing won’t fare much better. There is no central heating – the only warmth and protection from the misty fog, dense cloud, and harsh winter weather usually comes in the form of a sheet of tarpaulin. This is simply not good enough, but it’s better than having nothing at all. 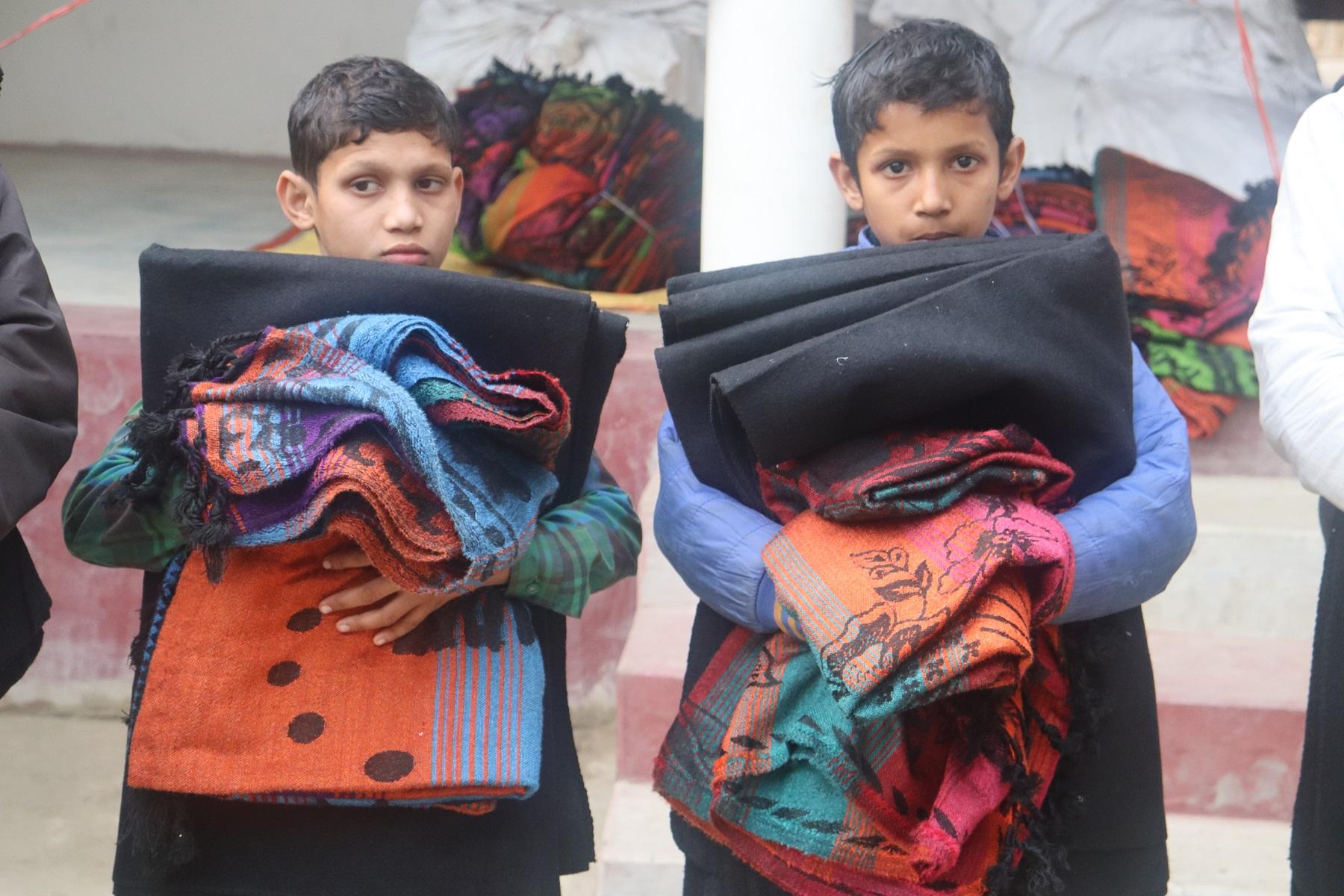 Living in such close proximity to other people and with nothing but an improvised cesspit to contain waste, disease is never far away. Diarrhoeal diseases are thought to be responsible for as many as 50% of all illnesses in the camp, followed closely by respiratory conditions and skin infections.

Without suitable shelter to shield from the cold, many people huddle together, causing diseases to spread even faster. Factor in common winter illnesses like the flu and repetitive waves of Covid-19, it’s clear to see why winter is so devastating.

Though disease is common due to overcrowding, poor sanitation, and high levels of contaminated water because of landslides, floods, and latrines being next to water pumps, few people receive treatment. There are medical tents dotted around the camps, but resources are limited and sometimes, it’s too late. This means many people die from preventable illnesses, including thousands of children who never got a fair chance of life.

Refugees aren’t allowed to leave the camps, meaning for some children, all they know in their short life is hardship, coldness, disease, and unhappiness. The saddest part is, a simple blanket and standard health check could be all it takes to keep them alive, but there just aren’t enough to go around.

How You Can Help Rohingya Refugees This Winter

The world may have turned its attention away from the suffering of the Rohingya population stranded in sub-par camps, but we haven’t. Through our winter emergency appeal, we accept donations and distribute essential aid within the camps. This includes hot meals, thermal blankets, and thick clothing to keep refugees warm during winter.

We also operate our Rohingya crisis appeal which uses your generous donations to build adequate shelter that is suitable for winter, as well as essential medical supplies and aid, and safe drinking water to try and curb the spread of communicable diseases.

Spread the Warmth This Winter

Even though you’re thousands of miles away from the Rohingya refugees, you can still spread the warmth to ensure they live to see spring and far beyond. Please give what you can so we can give out blankets, coats, hats, gloves, and warm, nutritious meals.