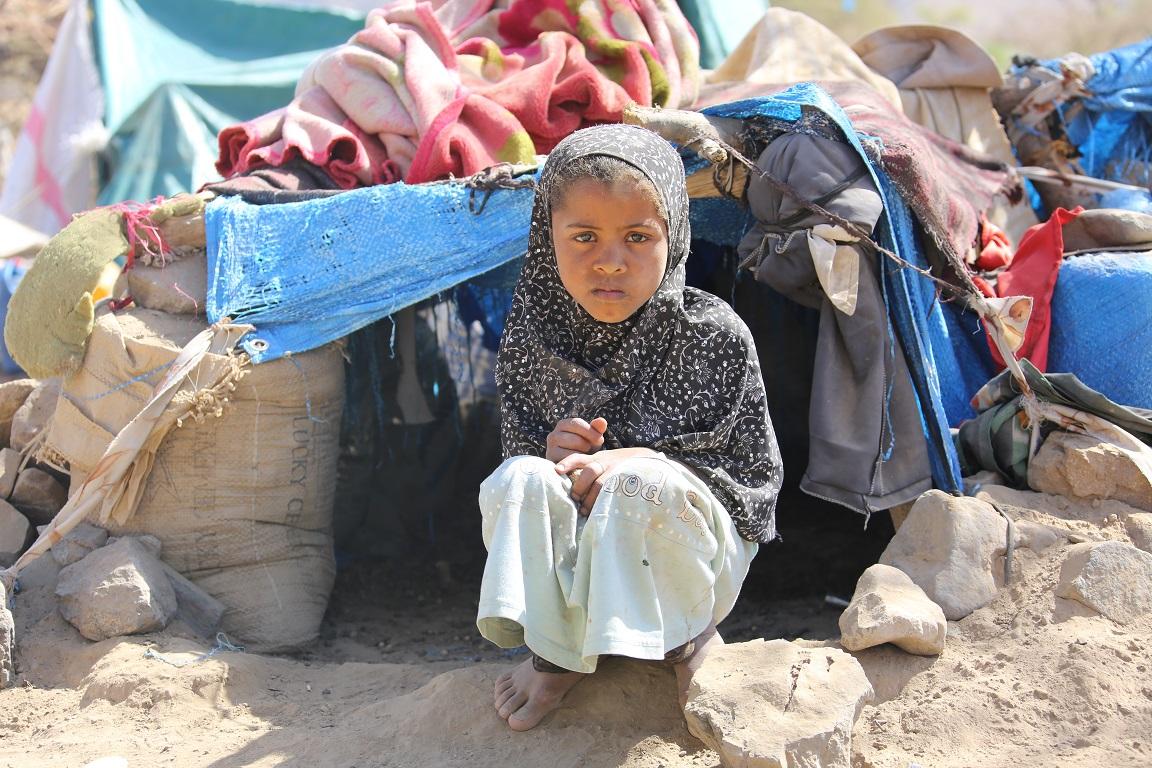 Over the last few years, Yemen has suffered through ongoing conflict, destructive floods, and an overwhelmed healthcare system. The Yemen humanitarian crisis is now considered the largest in the world, with citizens struggling to access clean water, nutritious food, medical supplies, and other life-saving facilities. In 2022, Yemen is facing a full on famine.

At the start of 2022, two thirds of major UN aid programmes have been reduced or closed, and aid agencies have been forced to scale back their operations. These disastrous policies have struck the Yemeni people hard, as they struggle to fill the gap left by these agencies. And it is only going to get worse as further funding cuts are on the horizon.

The country, already suffering from acute malnutrition, is falling headlong into complete famine. Eight million people have been receiving reduced food rations since the start of January 2022 – this accounts for barely half of their minimum daily food needs. For millions of families these food rations are their only source of food.

In addition, the cost of living is rising almost daily, making it harder and harder for Yemeni people to afford even the most basic of necessities.

Today, over half the population of Yemen – over 16 million people – are facing acute hunger. Half the children under five are at risk of malnutrition.

Why is the Yemen Crisis Happening?

Yemen is in a state of struggle due to an ongoing civil war between supporters of Yemen’s government and the Houthi ethnic group. This war has led to airstrikes being administered against the Houthi, resulting in devastating consequences. As of 2020, the war had directly inflicted death upon 3,000 children, whilst indirect causes such as a strain on food supplies, medical facilities, and infrastructure have resulted in additional fatalities.

The impact on children doesn’t stop there; in order to aid Yemen in war, children between the ages of 13 and 17 years old are being recruited into the armed forces, and children as young as ten are being accepted.

Not only are children forced into militant situations, but women and children alike are more vulnerable to human trafficking and smuggling due to the war. The poorest women are forced into prostitution to make ends meet, whilst children are often sold as sex slaves abroad.

The war broke out in 2014 and doesn’t seem to be ending any time soon, therefore the humanitarian crisis is set to continue, making your lifesaving donations even more vital.

Throughout April and August, Yemen endures a rainy season that results in the destruction of people’s homes and livelihoods. Not only are homes, shelters, and other essential infrastructures damaged beyond repair, but people were subjected to serious injuries and even death.

If this wasn’t devastating enough, the country is also struggling to recover from a desert locust outbreak. These swarms are formed due to heavy rainfall, and they are detrimental to Yemen’s already existing famine. Since 2016, the entire country has been in a state of food insecurity due to the civil war and its blockades. This problem is only exacerbated by desert locusts consuming already limited crops. 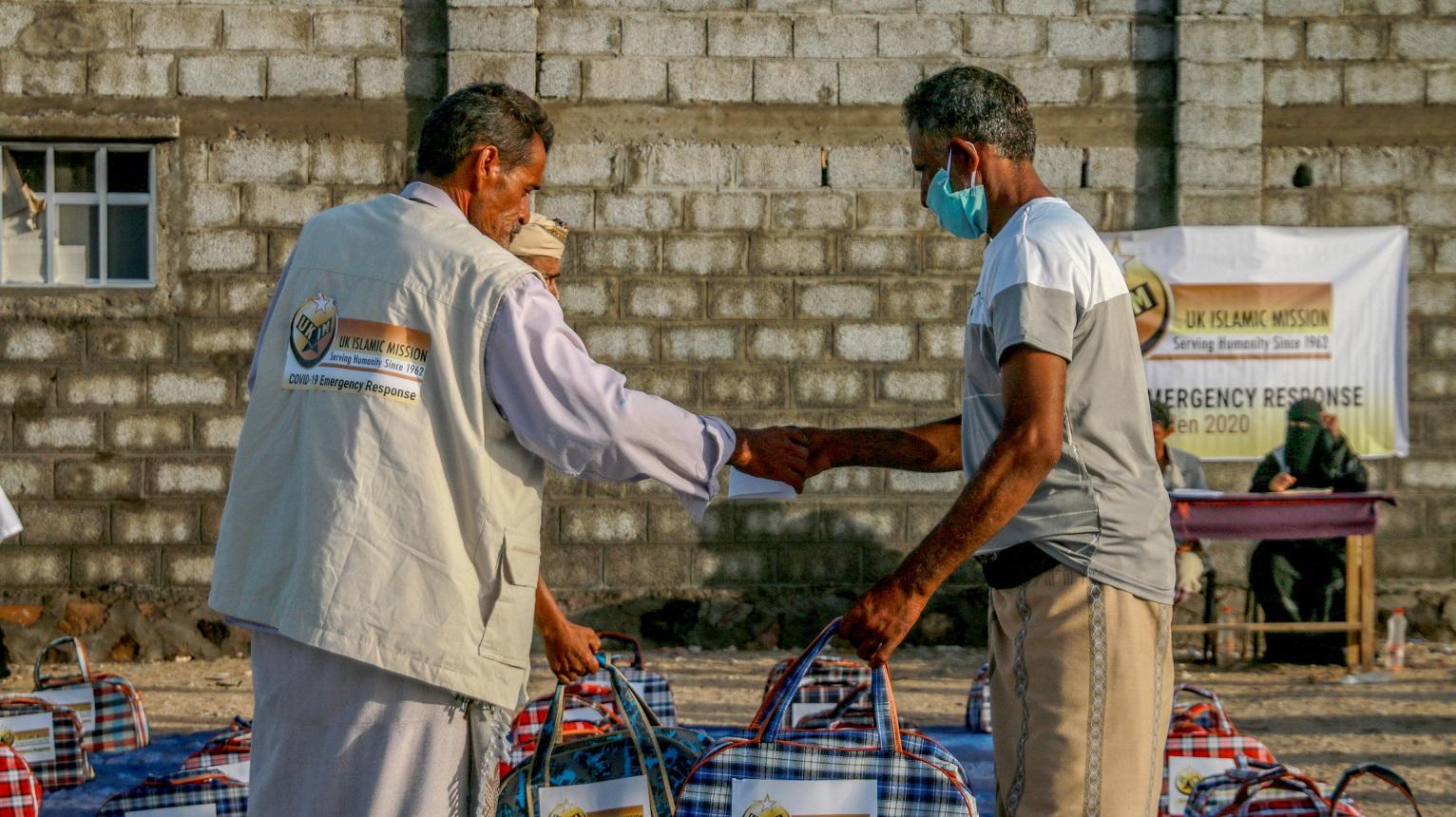 The Impact of COVID-19

Due to a lack of funding and testing facilities, we’re unable to determine the true extent of COVID-19 in Yemen. Despite this, we’re led to believe that one in four people with the virus in Yemen will die. The people of Yemen are more at risk of death from COVID-19 due to a lack of nutrition, hygiene facilities, and medical supplies used to both prevent and treat the virus. Healthcare workers don’t even have access to the necessary personal protective equipment, let alone vaccines, oxygen, and ventilators for patients.

COVID-19 didn’t just devastate the health sector in Yemen, but it also destroyed the already limited education and employment opportunities. From the civil war alone, two million children have dropped out of school, whilst the education of an additional 3.7 million children isn’t guaranteed since teachers haven’t received salaries in two years. As a result of the pandemic, the number of children out of education jumped from two million to 7.8 million.

In addition to the children, many adults were left unemployed due to the impact of COVID-19. Already, their income didn’t stretch far enough to cover the cost of living and supporting their families, and stripping them of this completely only made matters worse. A huge chunk of the country has been left dehydrated, hungry, homeless, and seriously unwell because of COVID-19.

Why We Need to Help Yemen

Upwards of 14 million people in Yemen are at risk of dying from starvation, including children, the elderly, and the disabled. In as little as a three-month period, 85,000 Yemeni children lost their lives to starvation.

On top of the hunger crisis, 80% of Yemen’s population is in need of humanitarian assistance. This is due to separation from family, the death of loved ones, limited medical aid, and the condition of healthcare facilities.

An additional problem is the constantly growing living costs: a food basket of essentials containing flour, milk, cooking oil, salt, sugar, lentils, and beans has inflated in cost by a humongous 60%.

Furthermore, the destruction that has been caused by the conflict has meant that half of the country’s hospital facilities aren’t in operation. This means that prevalent diseases in Yemen such as cholera and dengue fever can’t be treated, resulting in further suffering and death.

This list isn’t exhaustive of the struggles that Yemen is currently facing; the country continues to face new problems on a daily basis.

What You Can Do to Help

If you would like to know how you can help the people of Yemen and fight famine and starvation, please support by donating to both our Yemen Emergency Appeal and Winter Appeal pages. Your donations make a huge difference to struggling people in Yemen and across the globe.

Donate today to save a life.