Why do Muslims Give Qurbani?

Who is Qurbani Compulsory on?

How to Distribute Qurbani Meat

How to Distribute Qurbani Meat 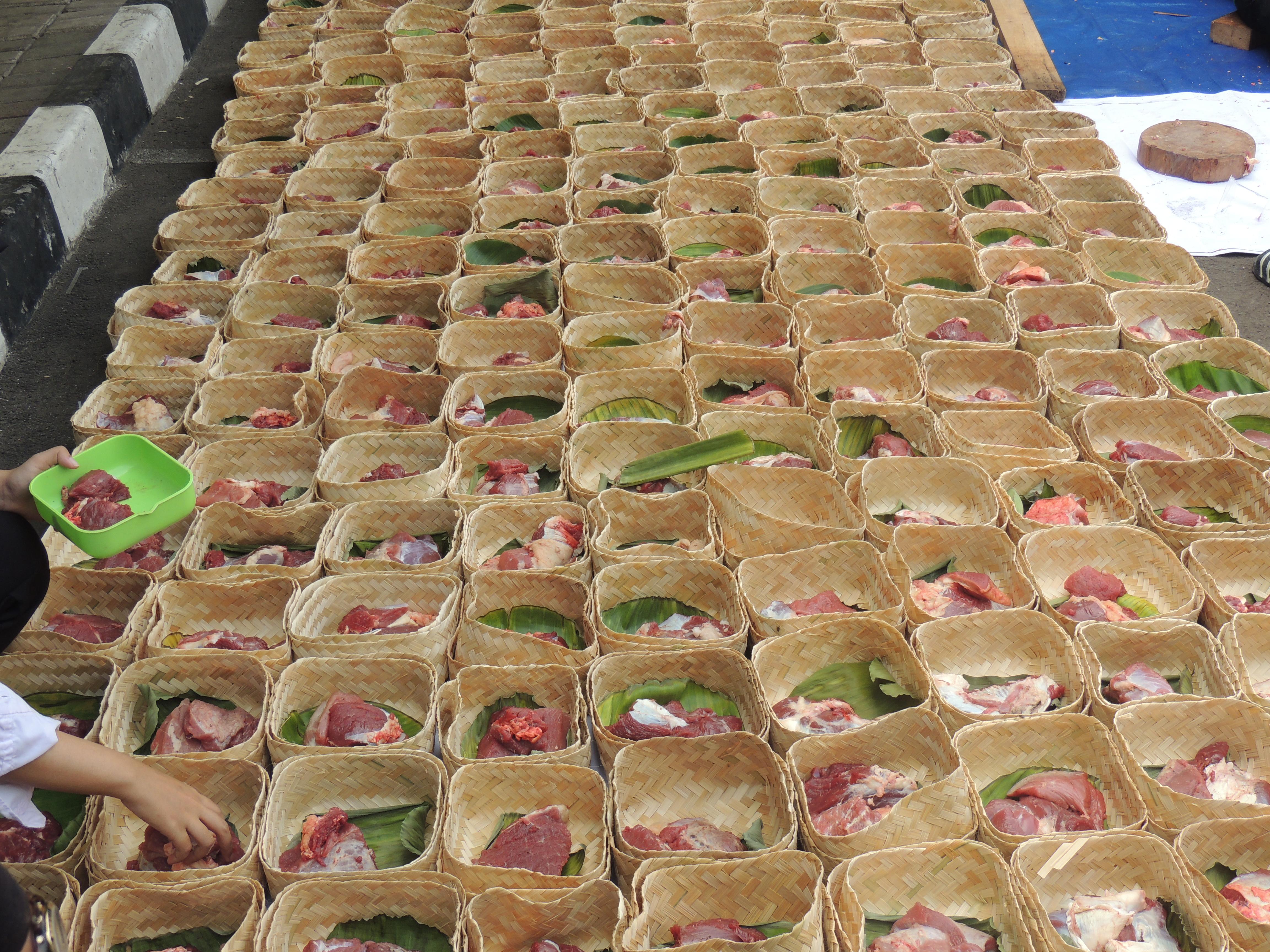 Qurbani is one of the most sacred Islamic traditions, as the convention stems from the sacrifice that Ibrahim (AS) was willing to make for Allah (SWT). As such, Muslims perform this ritual annually, with shares of meat being distributed.

As per the tradition, meat is shared in three equal ways – one for the person performing the sacrifice, one for their friends or family, and a final share for those in need. Strictly speaking, every qualifying Muslim should carry out their own sacrifice to conform to Islamic ruling. In the modern day, this is not always possible due to domestic laws that prohibit anyone other than licenced slaughterhouses from carrying out the slaughter.

This is why charities such as UK Islamic Mission accept Qurbani donations, with those funds being used to handle both the sacrifice and the distribution of the meat. Every Muslim who can make a donation should donate the cost of at least one share of meat which will be distributed to those in need.

Before the sacrifice can take place, it should be ensured that the animal qualifies as Qurbani. Only specific animals may be classed as Qurbani, which are:

As well as the type of livestock, the animal must have been in good physical condition prior to the sacrifice. This means the animal must not have been blind, missing more than a third of an ear or tail, having damaged/missing horns, unable to walk or missing the majority of their teeth. You can find out more about what animals - and the condition of them - qualify for the Qurbani sacrifice.

Once the sacrifice has been carried out and the meat is ready for distribution, our team of volunteers will deliver the fresh meat to those who are living in the most desperate of conditions. This means travelling to communities that UK Islamic Mission works with to give Qurbani meat to those most deserving.

This way, our team ensures that your donation does not go to waste and that your shares are given to those who are most deserving. The reality is that those who receive cuts of Qurbani meat may not have tasted cooked meat since the prior year’s Qurbani and are unlikely to taste it again until next year’s festival.

How are Deserving Qurbani Recipients Determined?

When it comes to charities handling the distribution of Qurbani meat, we deal only with meat shared amongst the poor and needy. We have worked with thousands of men, women and children living in the most desperate conditions, suffering from malnutrition as they are unable to afford and/or source food and water.

When the festival of Qurbani rolls around, we take great pleasure in being able to distribute cuts of meat, funded by the donations of our supporters such as you, so they may be able to enjoy a nutritional meal. What we may class as poor and needy in developed nations is nothing like the conditions that millions are living in around the world in developing countries.

The lives that we touch through the distribution of Qurbani meat are grateful to receive fresh cuts of meat, but there is much more than can and should be done to support them. While one meal may bring tears of joy, their stomachs will ultimately only be full for one night, and the next day, the struggle continues. UK Islamic Mission are working every day to help and support those living in these communities, granting them the opportunity to thrive as well as survive.

Through our many other appeals, we strive to help families, widows and orphans find means of supporting themselves through employment and other opportunities. We recognise the struggle and the risks that are faced every day, particularly by those most vulnerable with opportunists looking to take advantage of their situation around every corner. This may sound extreme but, for those living in the communities we work with, this is reality.

Please give your Qurbani donations to UK Islamic Mission and we will ensure that the sacrifice and distribution of meat is carried out according to Islamic conditions so that you may receive the rewards and blessings that come with it. Please do not stop there, however, as you can read more about other appeals, such as our Livelihood Fund, Educate a Child and emergency appeals that are designed to support those most in need all year round.

To donate your Qurbani through UK Islamic Mission, or any other charitable payment that you wish to make, you can do so via our donations page here. You may also make a Qurbani donation in the name of someone who is not able to make their own, either because they do not have their own source of income or are no longer with us.