Our Work in Sierra Leone

UKIM has been working to help Sierra Leone for a number of years as the country continues to battle multiple issues that affect every aspect of life for its residents. We are just one of the organisations helping Sierra Leone, but with so many people still in desperate need of aid, we need your generous support to alleviate the suffering felt by so many. 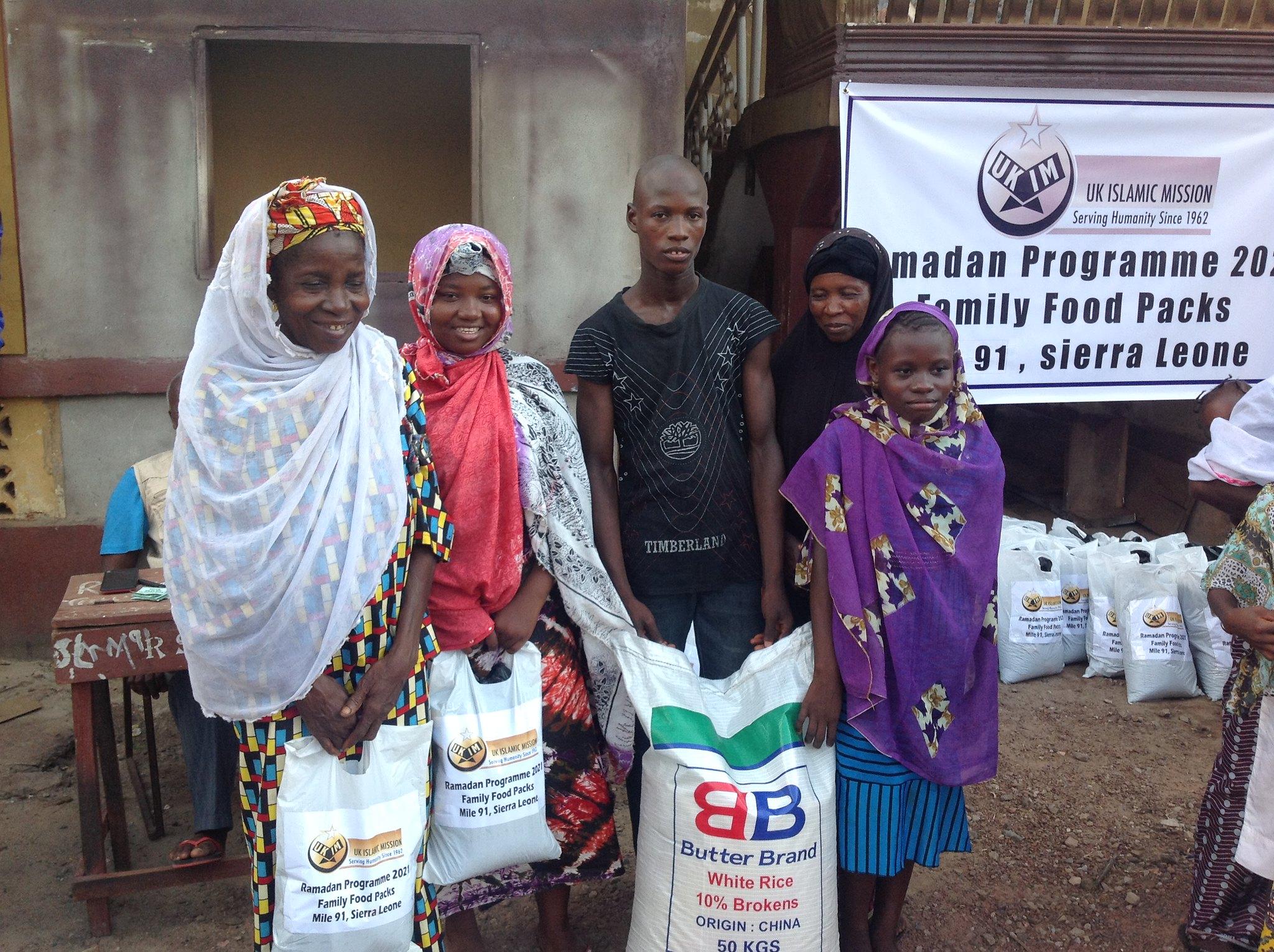 Your kind support goes a long way to help save the lives of many living in poverty in Somalia and around the world. In particular, your donations help children in Somalia and their refugee families, those who have been uprooted from their home and forced to flee either to other parts of the country or seek refuge in another country.

Families are leaving behind everything they know, not just because of the conflict, but also to search for clean water for their children to drink. To help combat the water crisis in Somalia, UK Islamic Mission has a Community Water Well Appeal to provide safe and disease-free water for drinking, cooking and washing.

We urgently need your support to continue saving lives of many who are without the necessities we take for granted. Could you imagine not being able to give your child safe water to drink?

This Emergency is Not Going Away

Ignoring the crisis in Somalia is not going to make it go away and so many innocent lives are at risk. Six million people are living through this emergency every day; the people of Somalia can only struggle to survive as best they can.

UK Islamic Mission recognises the Somalia emergency and calls on the support of the Islamic community to help our brothers and sisters in desperate need. Donors can give anything they can afford through our Emergency Appeals page. Here you will also see UK Islamic Mission’s other global emergency appeals through which our supporters are also helping to care for lives in danger.

Even if you can afford to give just a couple of pounds, it will still make a difference and go a long way to helping someone who is struggling to survive. It may not feel like much to you but, to someone you will likely never meet, it could be the difference between seeing their children grow up or becoming just another tragic statistic. For example, just £2 can provide a nutritious meal to a hungry and malnourished child.

For 110 years, Sierra Leone was engaged in a fierce civil war. More than 50,000 people lost their lives and two million people were displaced, left with nothing but the clothes on their back and a mission to find safety. It has been difficult for many Sierra Leoneans to rebuild their lives since the conflict ended in 2001, with thousands still lacking basic necessities.

Natural disasters and intense poverty see more than 31% of children stunted in growth and development as a result of malnutrition caused by food insecurity. More than 32% of people lack access to clean drinking water and sanitation facilities.

UKIM is dedicated to providing safe water to the people of Sierra Leone, but it is an ongoing appeal. As one of the organisations helping Sierra Leone, we ask that you consider donating to our water appeal so we can save innocent lives and curb the spread of preventable diseases through poor sanitation.

Water and food are not the only things Sierra Leoneans are deprived of. It is a basic human right to be able to access an education and practice religion. This isn’t always possible in Sierra Leone because of the stark lack of infrastructure. Our Hafiz sponsorship appeal aims to give children a Quranic and traditional education, and we also aim to build mosques so that communities can practice their faith safely, but we still need your help.

How to Help Sierra Leone

You don’t need to be in Sierra Leone to help the country. By donating to the appeals set out by Sierra Leone charities such as UKIM, you could quite literally save a life.

Please give what you can and calculate your Zakat donation so UKIM can continue to work alongside other Sierra Leone charity organisations to bring stability to a country that has lacked structure for so long.