Where We Work: Lebanon

Since the Lebanon crisis in 1958, the country has been a shattered state ever since. Political tensions and an unprecedented economic crisis are still seen in 2021. Adding to the issues Lebanon faces, the occurrence of the Beirut explosion and coronavirus have had devastating effects on the country. All these issues have unfortunately led to many deaths and injuries.

From 2011 onwards, over 1.7 million Syrian refugees have fled from Syria to Lebanon to escape from the civil war. Due to the current circumstances of Lebanon, Syrian refugees are living within informal tent settlements, cramped spaces, and abandoned buildings of the old Palestinian camps. Many Syrian refugees, especially ones who work or seek an education, face discrimination due to their refugee status. The situation has been heavy on the country adding to its already unstable and troubled social systems, economy, and infrastructure, causing problems for all.

UK Islamic Mission seeks to help the Syrian refugees within Lebanon who need help, trying to make their situation better by any means we can. 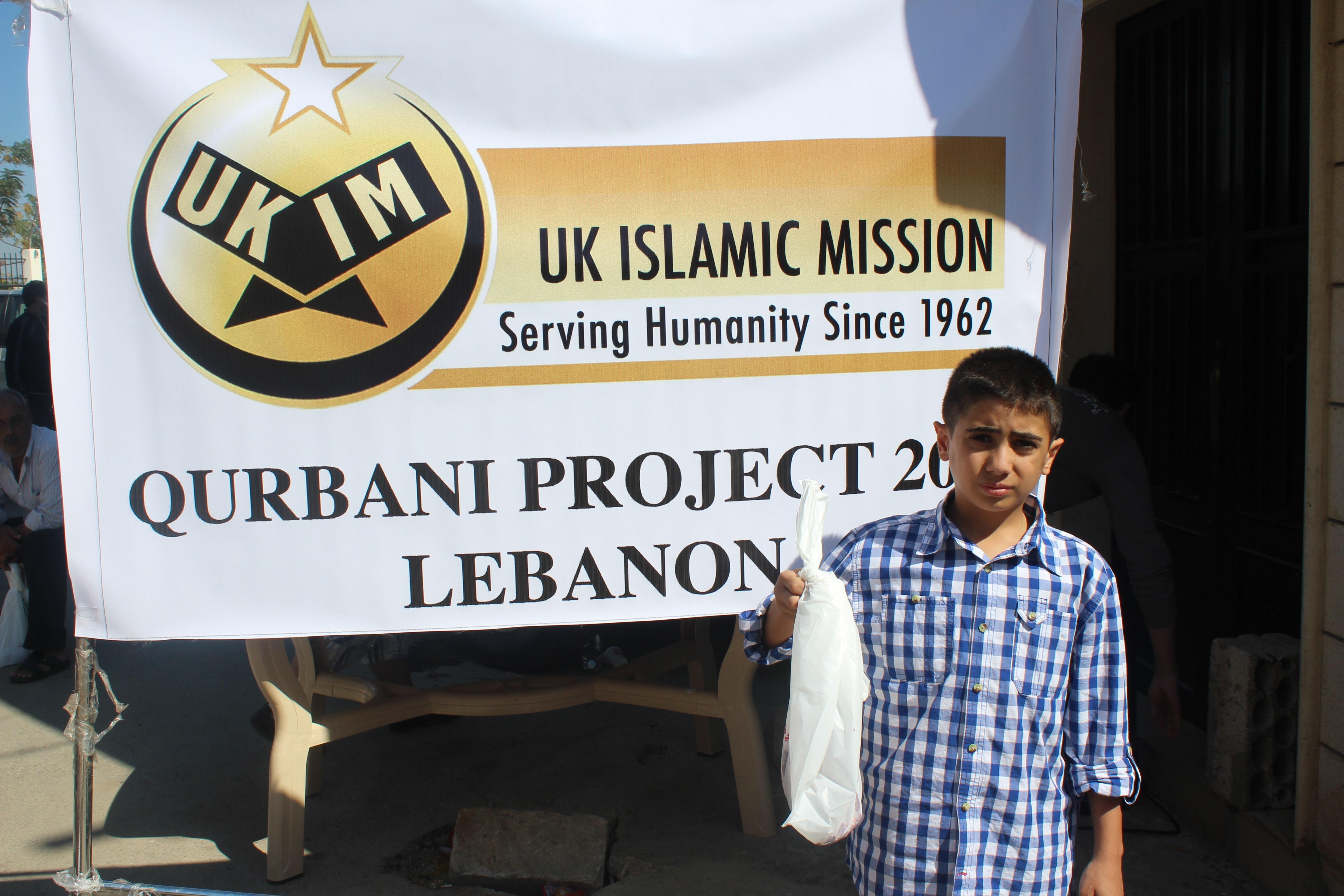 On 4th August 2020, Lebanon was a victim of an ammonium nitrate explosion at the port area of their capital city, Beirut. This tragic explosion caused the death of at least 207 people, leaving over 7,500 severely injured.

Over 1 million refugees escaped death in their own country, only to face danger in Beirut’s debris. Due to an already struggling economy and healthcare system, the refugees are not given proper access to housing and healthcare. The Covid-19 pandemic left the country’s hospitals and health institutions already unstable and are in dire need of help, as they are incredibly short on medical supplies to treat patients with and even staff are unable to be paid.

The young refugees have been facing an extremely hard time as well, with an already limited to education even prior to the explosion. Many children have also been orphaned and injured, making their futures very difficult.

Refugees have been struggling to rehabilitate themselves out of this situation, as the government has been unable to support them.

Around a third of the population of Lebanon has been living below the poverty rate. Many have experienced daily power cuts, limited public healthcare, lack of access to clean drinking water, and much more. This means that the Syrian refugees continue to fall under the radar as Lebanon is even unable to help its native citizens.

Fewer jobs are available due to the debt of the country, it is incredibly difficult for native citizens to find employment, let alone refugees. Without access to paid employment, it limits their means of housing, education, and healthcare. This leaves many refugees in poverty, homeless, and seriously unwell.

As mentioned, the Syrian Refugees have fled from Syria due to the ongoing civil war. This displacement has caused many issues between both Lebanese and Syrian people, causing tension to arise. Syrian refugees have been facing ongoing discrimination by the wider community. The struggling state of the country has led to many refugees being left undocumented and many other situations occurring upon them.

Like Lebanese children, Syrian children are forced into working due to circumstances to earn money to feed their families. At young ages, they must endure backbreaking work to provide a small income. Incomes in Lebanon have plummeted downwards amid the Lebanese economic collapse. Over 77% of households within Lebanon have declared that they do not have enough food to feed themselves and their families. 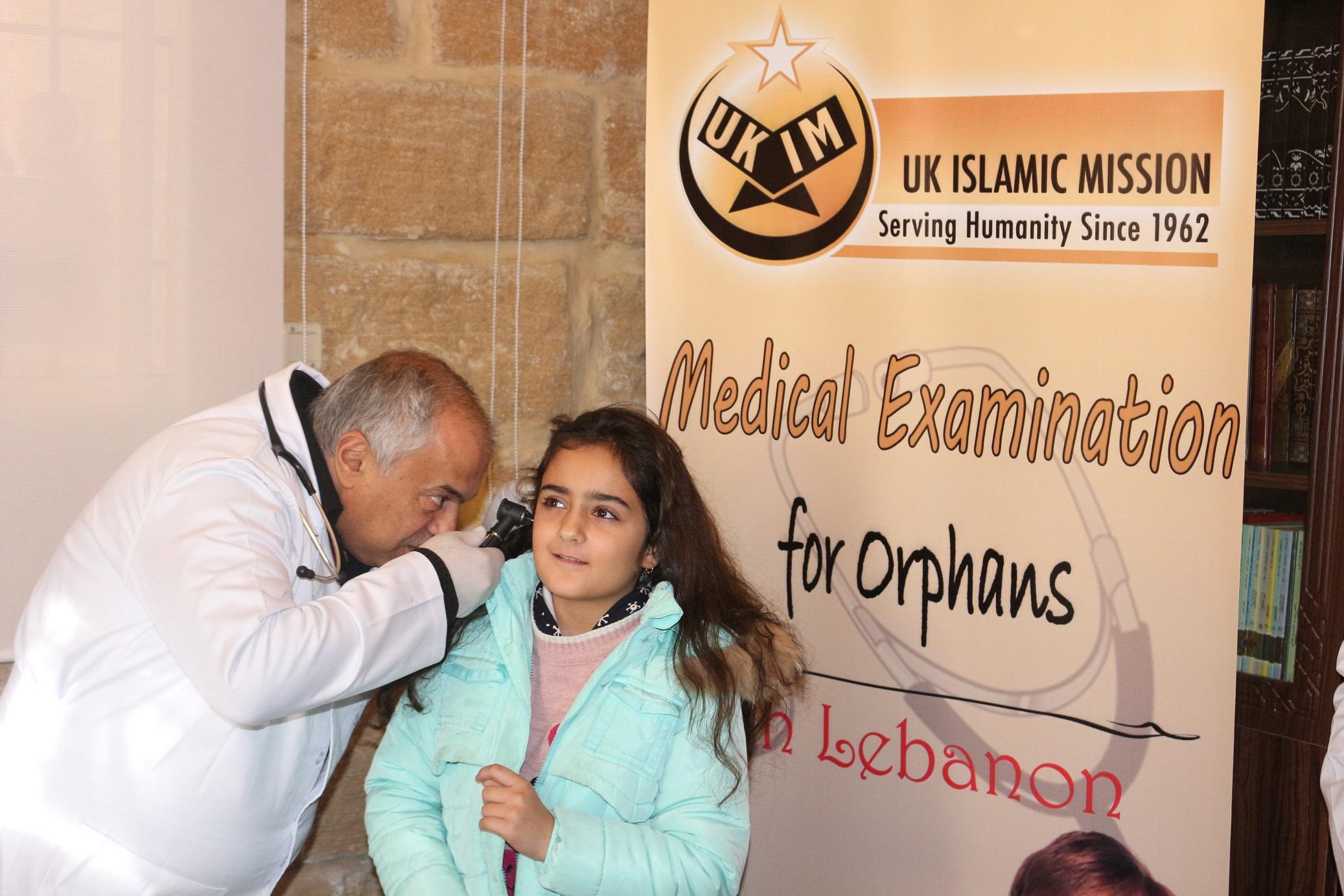 UK Islamic Mission and many other charities are working in Lebanon, working hard to respond to all emergencies within Lebanon. We have designed special appeals and fundraisers, in order to obtain our goals of helping Syrian refugees get back on their feet. With this support, we can support the community of Lebanon and aid them in their needs.

With your obligated Zakat donation, you will be able to with UK Islamic Mission, build wells within Lebanon, providing this much-needed sustenance to many communities. Our Water project allows us to provide multiple sources for delivering clean water to the people of Lebanon. These water installations range from hand pumps, water wells, and many others. Providing water to the Lebanese, Syrian and Palestinian communities within Lebanon to end their suffering.

UK Islamic Mission volunteers have been working extremely hard, in order to provide educational opportunities for children so they can have a brighter future. We provide support for the Syrian refugees within Lebanon. Through our multiple appeals, we work on the ground in Lebanon within the camps.

By providing support and opportunities, the Syrian refugees of Lebanon will soon be able to get back on their feet. There are many ways you can help the people of Lebanon, providing them with physical requirements but also hope.

Your kind donation will help immensely to aid those in need and improve their situation. At UK Islamic Mission, we ensure that all your donations are used to support our effort in helping Lebanon.

To donate you can do it through a specific appeal that you would like to support or simply give a general donation to charity. Your donations and support are truly appreciated, let’s make the world a better place together.