Our Work in Yemen

UK Islamic Mission carries out important work across many countries around the world, including Yemen, where our team helps impoverished families living in the most desperate of conditions. More than 14 million people are at risk of dying of starvation and it is the most vulnerable, such as young children, the elderly and the disabled, who are most likely to lose their life.

Therefore, at UK Islamic Mission we take our work very seriously and we encourage you to donate to help Yemen refugees - there is much more to be done. Around 85,000 helpless children died of starvation in just a 3 month period of this Yemen crisis (Save the Children, 2018). We continue to lose a shocking number of precious souls in Yemen every day so we must do our best to save as many lives as we can.

How to Help Yemen Refugees

You can help the Yemen famine crisis by making a kind donation to UK Islamic Mission through either our emergency or Feed the Fasting appeals pages. The situation in Yemen could not be any more desperate, with innocent lives at risk purely because they have limited access to food, clean water, medical supplies and facilities.

Whether you can give a little or a lot, it all goes towards our Yemen charity work and really does make an incredible difference to the lives of thousands of our brothers and sisters. Just £60 will provide 30 children with a nutritious cooked meal, £100 pays for an emergency survival pack complete with a family food pack, baby food and hygiene kit while £250 buys emergency medical supplies for local hospitals to help treat patients.

Feeds a family for one month

Help feed up to 12,000 people by sponsoring a bread factory

The Current State of the Yemen Crisis

According to UNICEF, 80% of Yemen’s 24 million people requires humanitarian assistance. Children, especially, have been caught in the middle of the conflict which began in March 2015. Since then, life has just become harder and harder as families have been separated, loved ones lost and those remaining in Yemen, forced into making ends meet one way or another.

The only time that some families eat well is from the Qurbani meat donations which UK Islamic Mission distributes to those most in need. These shares ensure that vulnerable Yemen refugees eat a nutritious meal – this is just one of the ways in which our Muslim charity helps in Yemen and other impoverished countries.

Without basic medical supplies, millions of people are without the care they need. This means that illnesses that may otherwise mean nothing more than a day or two in bed for you often manifest into something much, much more serious and, often, fatal. Even when medical supplies are available, often hospital facilities are not up to scratch – this results in patients avoidably becoming sicker in the places where they go to get well. 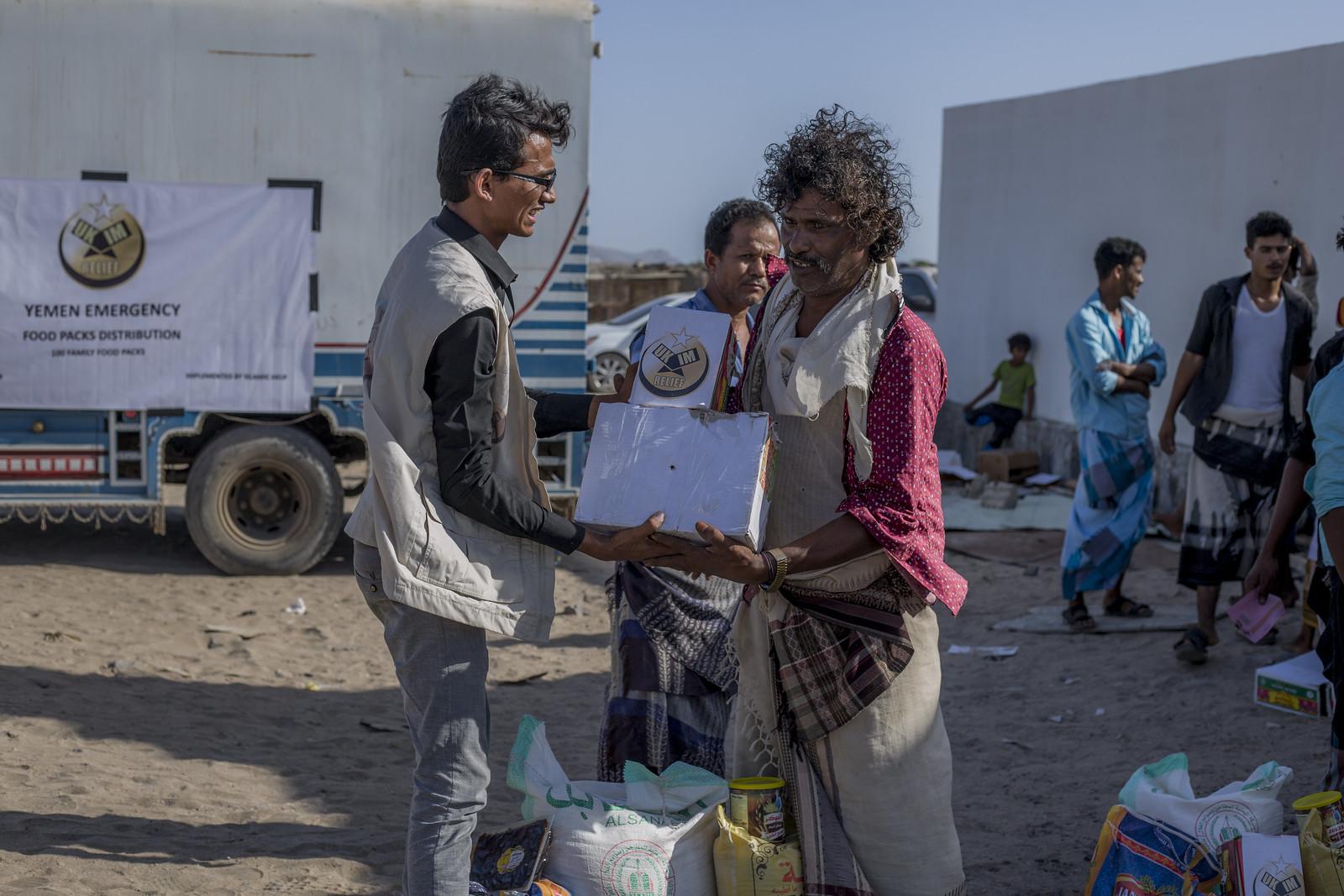 The Effects of COVID-19 in Yemen

The global COVID-19 pandemic has had devastating effects across the world. While even developed countries such as the United Kingdom, the United States of America and others have been hit hard, the effects in developing countries such as Yemen have been incomprehensible. The number of children out of education has increased from 2 million before the pandemic to a staggering 7.8 million children now.

Without a doubt, the crisis is going to get much worse before it gets better as the virus circulates through the population, especially with social distancing difficult in refugee camps. This will put further strain on an already overstretched healthcare system, which will lead to more deaths caused directly and indirectly from COVID-19.

Along with schools, places of work have also been closing which has led to increased rates of unemployment in Yemen. As a result, more families are starving as they are unable to feed themselves. UK Islamic Mission has launched a COVID-19 specific appeal which you can find in our emergency appeals section because the need for immediate donations is now urgent.

How to Help Yemen Refugees with UK Islamic Mission

With UK Islamic Mission, there are multiple ways in which you can play a vital role in ending famine in Yemen. You can either donate via our Yemen emergency appeals pages, donate your Zakat to UK Islamic Mission or just by making a one-off payment via our donations page.

Millions of lives are relying on kind donations from people like you so please support Yemen today. With the help of Allah (SWT), you can help to save many lives.

Please give as generously as you can to support UK Islamic Mission’s work in Yemen.

View our Yemen Crisis Appeal or Donate Below