Our Work for Rohingya Refugees

The Rohingya Refugee crisis is one of the most desperate humanitarian emergencies in modern times, with hundreds of thousands of innocent people forced to flee in fear of their life, crossing the border from Myanmar into Bangladesh. This is the result of conflict between Myanmar’s army and, what was claimed, were Rohingya militants. However, there are reports of the targeting of Rohingya civilians too.

In fact, more than half a million Rohingya Muslims have either left their homes and/or are trapped in the middle of the conflict. At UK Islamic Mission, we are constantly looking at ways to help Rohingya refugees who are living each day in fear. We are appealing to our supporters to donate to help Rohingya Muslims through our emergency appeal page, which details how your donations can make a difference.

Just £50 will provide a food pack to feed a family for one month. You can also give £100 a month (or an annual payment of £1200) to adopt a family of Rohingya refugees which will feed, clothe and protect them for a year. 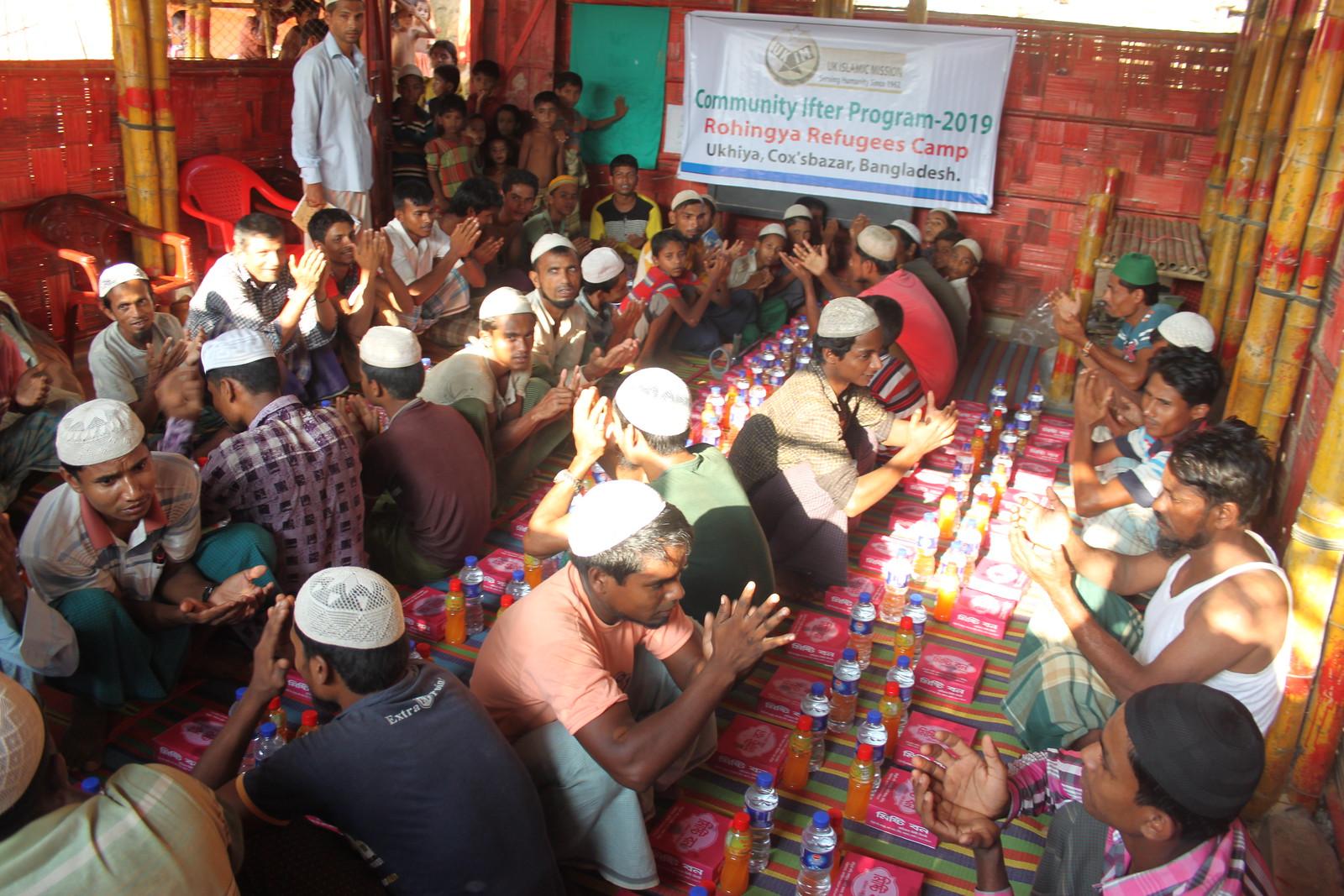 Why it is Important to Help Rohingya Refugees in Crisis

There are very few moments in history when an entire community has been chastised and put in the type of danger that Rohingya Muslims have been living for the past few years. Tensions in Myanmar were growing for years before the conflict began in 2017. In 2014, the Rohingya were excluded from the country’s census due to a lack of recognition as a people from Myanmar. Many in the country view the Rohingya as illegal immigrants from Bangladesh, with no right to live in Myanmar.

Over a million Rohingya Muslims, who have their own culture and language, lived in Myanmar before the start of the crisis. The majority were in Rakhine State on the western coast, which shares a border with the Chittagong province of Bangladesh. Villages were burned, civilians were attacked and killed, forcing Rohingya Muslims to flee over the border.

UN Secretary-General, Antonio Guterres, described Rohingya Muslims as “one of, if not the, most discriminated people in the world”. It is difficult to argue against that point, which is why supporting our Rohingya Muslim charity appeal is so important, with hundreds of thousands of our brothers and sisters’ lives depending on it.

How to Help Rohingya Refugees in Bangladesh

Although hundreds of thousands of Rohingya Muslims sought refuge in neighbouring Bangladesh, they are still not safe. Families have been separated with men, women and children all left to fend for themselves, leaving the most vulnerable at the mercy of the conditions and those around them. It doesn’t bear thinking about how frightening it must be to have been forced out of your home and separated from your loved ones, not knowing if they have survived or perished in the pursuit of safety.

Unfortunately, refugee camps often lack hygienic conditions. With a population of more than 600,000 Rohingya Muslims, the Kutupalong refugee camp is now the largest in the world. In March 2019, Bangladesh stopped accepting Rohingya refugees from Myanmar and tried to return thousands. They also tried to relocate the refugees to other areas such as Bhasan Char Island despite the Rohingya’s objections.

Effectively, the Rohingya have been left without a place to call home, making this one of the most critical emergencies that UK Islamic Mission supports.

As well as our Rohingya refugee charity appeals, funds raised by other appeals and obligatory payments are also used to send aid to help those most in need. Qurbani, Zakat and Ramadan appeals have all helped to raise much-needed funds to support the Rohingya in these most desperate times.

At UK Islamic Mission, we are immensely proud of our work to address one of the most serious humanitarian crises of our time, but there is so much more to do. With no sign of this emergency ending, we will continue to urge Muslims to give what they can to help our brothers and sisters both in Myanmar and Bangladesh.

In 2020, the world changed as the COVID-19 outbreak forced almost every country around the globe into lockdown. The coronavirus has seen us all urged to maintain a safe social distance from anyone outside of our household. However, Rohingya refugees crowded in camps with a lack of medical facilities and equipment have no choice but to live (and die) in these conditions which are ideal for the spread of this deadly virus.

This has all the makings for a desperate winter, which brings its own challenges at the best of times, never mind in the middle of a global pandemic. The Rohingya are facing the fusion of two of the most serious humanitarian emergencies of the past century. We cannot afford to waste any more time.

Please give generously to UK Islamic Mission to support our efforts for the Rohingya Muslims. Kindly donate through our donations page today.

View our Rohingya Crisis Appeal or Donate Below